Magazine for creative people, photographers painters, interesting stories and enthusiastic seekers. A place for write and share stories and earn money by doing so. Are you interested ? If so, blogygold could be the place for you. Click login and join us now 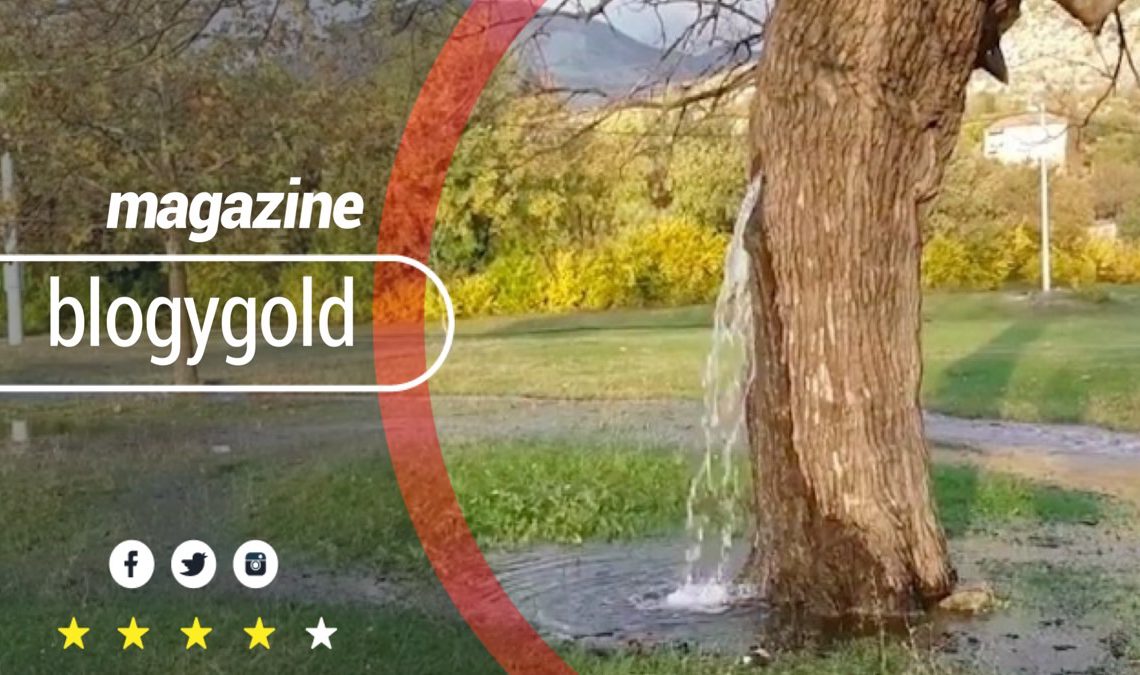 Why is Water Pouring Out of This Tree in Montenegro?

A unique natural phenomenon in a village called Dinoša

The Radio Free Europe/Radio Libertyrecently shared a video about a unique natural phenomenon in a village called Dinoša, located in southeastern Montenegro—a small country on the Adriatic coast. There is a mulberry tree standing in the meadow there that turns into a fountain whenever it rains heavy. From a hollow on the tree trunk water can be seen gushing abundantly.

Apparently, the rains had flooded the underground springs and the additional pressure created pushed water up the tree trunk through cracks or hollows on the trunk, until it poured out of a hole a few feet above the ground. As you can see from the video, the ground is quite sloppy indicating the amount of groundwater there is in the soil and below. You can also see water gurgling out of other holes in the meadow. The entire area is flowing like a small stream.

According to a local man interviewed, this has been happening for the last 20-25 years or perhaps even longer. He estimates the tree is over 100 to 150 years old.

While Montenegro’s tree fountain is indeed unique, it isn’t the only example of water gushing out of the ground after rains. In the Estonian village of Tuhala, there is a well that starts spouting water after a heavy downpour. The well happens to be placed just over an underground river. After rain water floods the river, water pressure builds to the point that it shoots up out of the well, sometimes up to half a meter high. This continues for a few days. During this time, more than 100 liters of water can flow out every second.

The local legend is that the witches of Tuhala gather in the sauna underground and beats each other vigorously with birch branches causing water to pour out on the surface. They call it the Witch’s Well.

SCARY: 5 Places in the world no one ever visited and came back alive!